FOOD IN THE BRANDS: FOOD, WINES AND TRADITIONAL KITCHEN 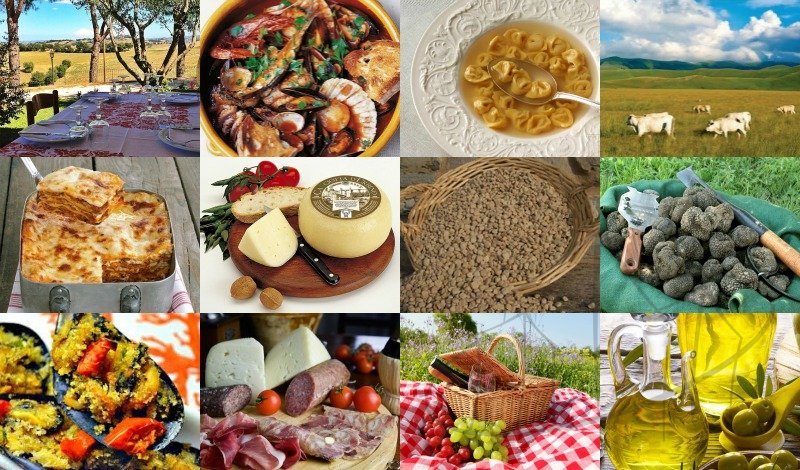 The food in the Marche region shares the specialties between the richness of the sea as well as those of the
rural areas; the region can offer an incredible variety of food, based strictly on the tradition of local
production. The use of fresh, high-quality ingredients combined with a minimum of bells and whistles
marks the brand&#39;s food. As with any type of rural food, many things are used that can be found in the wild:
mushrooms, game, nuts and meadow herbs. Waste is frowned upon and many of today&#39;s hottest dishes
have been developed to use old bread and certain parts of the pig. Certain foods are backed up by quality
control and product certification, such as DOP (Protected Designation of Origin) and IGP (Protected
Geographical Indication).
________________________________________
CURED MEAT
The most typical sausages are: spiced Fabriano salami and Ciascolo, a soft pork sausage protected under
the IGP seal. Smoked ham from the mountains and Lonza (smoked pork ham) are excellent. The Carpegna
ham are well-known both in Italy and abroad and are protected under the DOP seal. Other popular
sausages are the Coppa (air-dried pork) and Porchetta (a whole sparkling filled with herbs and fried on a
skewer). For more information: www.salamedifabriano.it 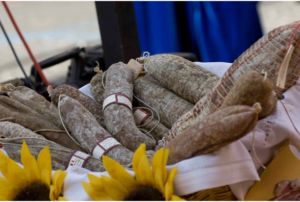 The brands produce a variety of cheeses: the pecorino cheese, made from sheep’s milk, is excellent and
eaten best in spring with young, raw beans. He is widespread in the mountainous regions. Its rennet is
seasoned with marjoram, thyme, blackberry buds, nutmeg, pepper, olive oil and egg whites. The pride of
the brands is the Fossa cheese (&quot;fossa&quot; = cave), a strong spiced cheese, which is stored for maturing in
limestone caves. Casciotta from Urbino is the only DOP-protected cheese of the region; he was much
appreciated by Michelangelo. Further information: www.casciottadiurbino.it

There are different varieties of olives cultivated in the Marche region, which are used both as food and for
oil production. The oil has a fruity and balanced note, slightly bitter and spicy. Cartoceto extra virgin cold oil
was recognized as a DOP product. The olives “all’ascolana”, filled and fried olives from Ascoli Piceno, are
known worldwide. This dish is made from specially fleshy, green local olives, which are carefully pitted and
cut into spirals, stuffed with meat and breaded before being fried.

PASTA
The most typical pasta dish in the region is &quot;Vincisgrassi&quot;, a type of baked lasagna with fresh meat sauce
and the addition of bechamel. Traditional recipes also use offal from chicken and brie. Among the different
forms of pasta, the small Campofilone Macaroni are especially appreciated worldwide. They differ from
other pasta, as only chicken eggs, 10 eggs per kilo Hartweizegriess be used.

TRUFFLE AND MUSHROOMS
Of the approximately 16 types of truffles found in the Marche, two are worth killing: the &quot;Tartufo
Bianco&quot; or White Truffle (Tuber magnatum Pico) and the &quot;Tartufo Nero Pregiato&quot; or Black Truffle

(Tuber melanosporum Vitt.). The main areas where these truffles can be found are Vado and
Acqualagna in the Northern Marches, but they are also found in other areas. The strong duffing
tubers find their way regularly into the local gastronomy and give many dishes strength and
character. Mushrooming is widespread in the mountainous regions and there are many edible
varieties. 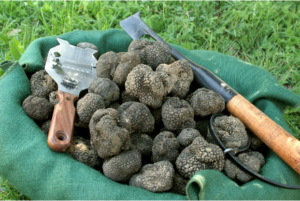 WINES AND SPIRITS
The region has a long tradition in winemaking. There are a large number of white and red wines, including
15 wines with D.O.C. seal (designation of origin), 5 with D.O.C.G seal (Guaranteed Designation of Origin) 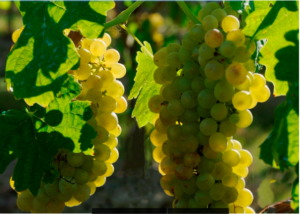 TYPICAL DISHES
The most typical starter of the brands is “Vincisgrassi”, made with meat sauce and the addition of
bechamel. Traditional recipes also use offal from chicken and brie. “Brodetto” is the most famous fish stew
on the Adriatic coast and varies from place to place. The version of the brands of “Brodetto” includes red
and gray mullet, octopus or squid (or both), oil, garlic and saffron – served on either fried or toasted bread.
Other popular fish or seafood dishes include Ancona’s “stoccafisso” (dried cod) and local varieties of sole,
bream and clams. Traditional soups are “Frascarelli” (dumplings cooked in water and seasoned with garlic
and pecorino cheese) and “Passateli” (a soup made from eggs, parmesan, pepper, nutmeg and lemon zest).
Among the main courses worth mentioning are the fragrant porchetta pork (prepared with fennel, garlic
and rosemary), tripe, rabbit in potacchio sauce (seasoned with onions, tomatoes, red wine and rosemary),
chicken with paprika, marinated lamb and omelette peppermint.